Sport of the Mind 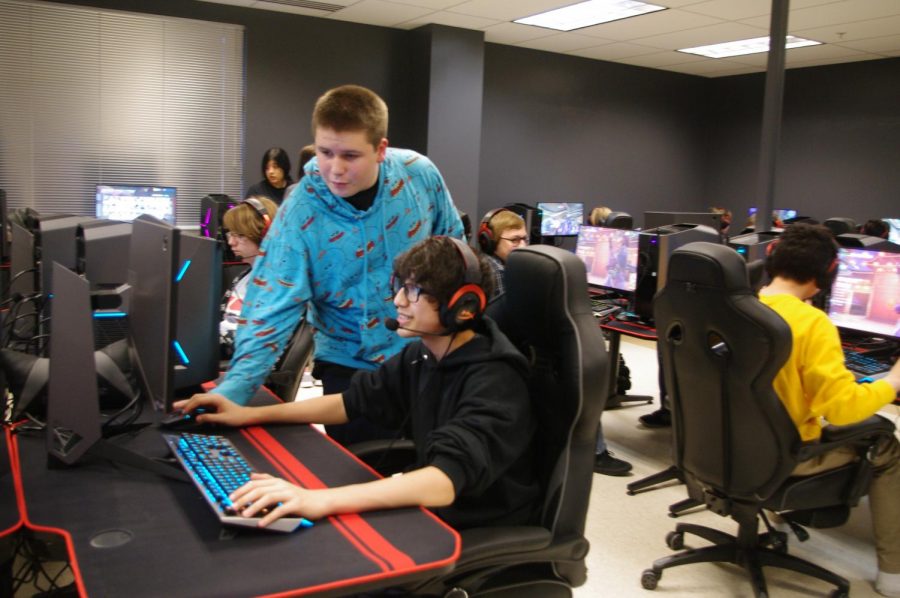 Hunter Hubble(10) and Dylan Silva(10) concentrate on defeating the other team.

Teamwork, determination, and defeat. What do all of these things have in common? Esports Gaming.

Esports is new to HHS this year, but the teams have gotten accustomed to the set up, and have even been in friendly tournaments with other schools. Just like football, basketball, soccer, and most traditional sports at HHS, the esports team travels.

“We have an opportunity on March 12th to travel to Park Hills, Missouri to an esports tournament,” Gal said.

The players compete in a popular game called Overwatch. The game, played by 6-player teams, has a specific objective.

“They’re trying to capture points on a map using teamwork, and holding those points for a certain amount of time without the enemy taking it from them,” said Gal.

While esports might be different from traditional sports, players practice just like a normal physical sport such as basketball or soccer.

Esports is a year-round sport where students can join just by talking to Coach Gal. Gal explained, “All you have to do is sign a form that I had all the esports athletes have to sign with the esports rules and with [requirements of] a 2.5 gpa or higher.”

At the beginning of each season, they pick new members for the team, and they have friendly tournaments. Each student has the opportunity to join, and multiple students have said they enjoy the newest addition to HHS.

“So far I am loving Esports because I love gaming and I get to play along with my friend Ashley Mendez, and Esports allows me to do that,” freshman Nejla Fazlic said.

With many disputes on whether or not esports is an actual sport, Coach Gal sees esports as a new and different sport that can include more students and get students active in school. Although it is not like the traditional sport, it still requires many skills and lots of practice.

Gal explained, “It’s a sport of the mind. Not all sports have to do with running, hitting, tackling, and shooting a basketball. If NASCAR is a sport, then Esports is a sport.”