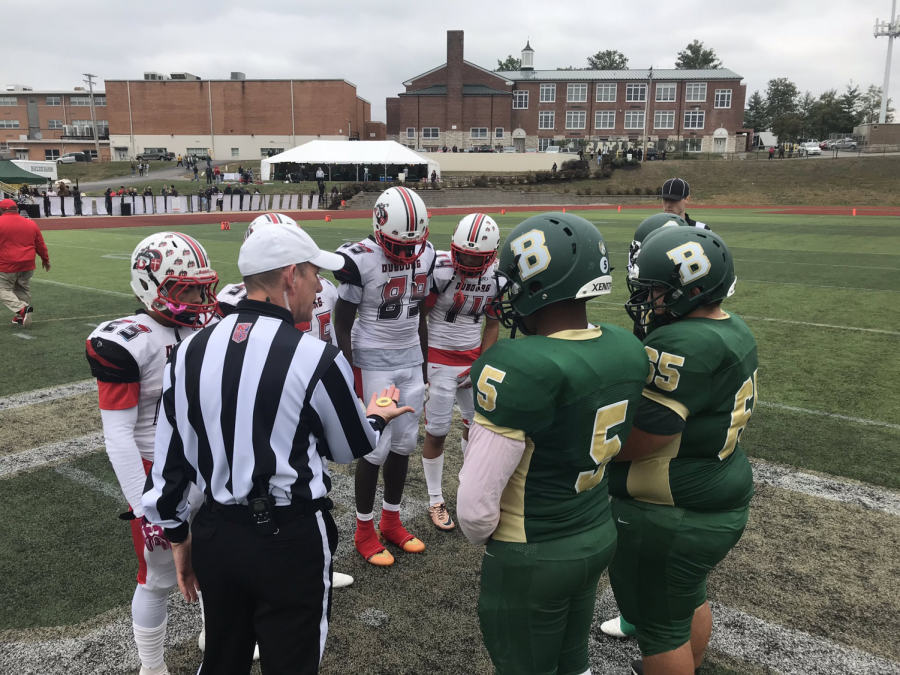 This is the fourth year where HHS students play for Du Bourg in the football program. Our number of participants are the highest they’ve been, with 14 of them making it possible to have a football team. Coming back and participating in the program has benefited many returning players.

“Football has made an impact on my life because I have gotten the opportunity to have scholarships and it’s inspired me to go to college after I graduate,’’ said senior Jeremiah Williams.

Though the thought of football is mostly the positive outlook the players have on the program itself, there are times when the members don’t enjoy the coaching it brings.

“I have contemplated quitting when the coach was being unreasonable, but since I have dedicated time to football, and I have a love for this special sport, I have chosen to come back, because I have huge chances of playing at the next level in college,” said Williams (12).

From a young age, especially playing the sport as a kid, students can develop a lifelong appreciation for it. Sophomore Devin Steeples, has put time into the game and it has gotten him in the habit of dedicating himself to something he’s enjoyed since an early age.

“I played football as a kid growing up because all my siblings and I were really into football and spent a lot of our time doing that, which developed my love and drive to play football throughout high school,” Steeples (10) said.

Being part of something you’re passionate about, like a sport or club in high school, can give inspiration and influence to acquire a career having to do with said hobby or activity.

“It has made a big impact on my life. I have now decided to go to college for four years and I’m going to see where football can take me in college, because my dreams are to get better and play professionally,” said Steeples (10).

Due to the football program’s best performing players, they have had five wins this year, which is our highest in the four years we’ve had our football team.

“Our MVP’s this year are our leading running back, Stacian Livingston, with that our leading receiver, Jeremiah Williams. Being both very skilled in the game, they also have lots of motivation and dedication to the program, showing by their return every year,” Coach Tom Gal said.

This year’s football season is over. The last game was held on October 26th with HHS and Du Bourg students playing against Roosevelt. It may be the end of another football season, but that doesn’t mean the team’s passion for the sport will end.